Home Blog Windows Defender vs. Other Antivirus: How Does it Compare to the Competition? | 2020
Transparency and Trust – We pride ourselves on being the only site where users can freely contribute and share their reviews on any antivirus with other community members. When you visit an antivirus site we link to, we sometimes get affiliate commissions that support our work. Read more about how we operate.

Windows Defender vs. Other Antivirus: How Does it Compare to the Competition? | 2020 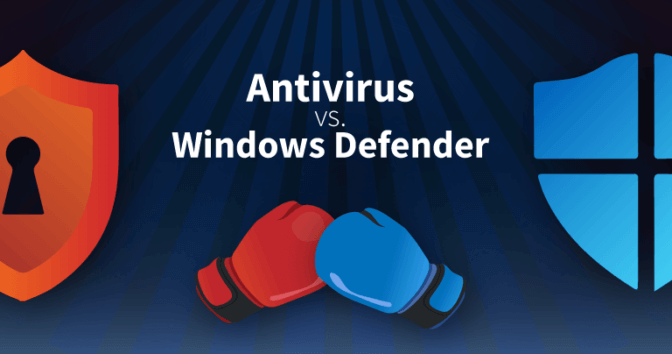 BY: Sophie Anderson
Follow the SafetyDetective blog daily as our tech experts keep you up-to-date on antivirus software
0
0

Several years ago, people were furious that Windows Defender was so useless. It was basically guaranteed that you were going to get a virus using it as your PC’s only protection.

But recently, Windows has turned Defender into a pretty decent antivirus.

Even still, our readers keep asking us these three questions:

In a hurry? Click to see our Windows Defender head-to-head match-ups: 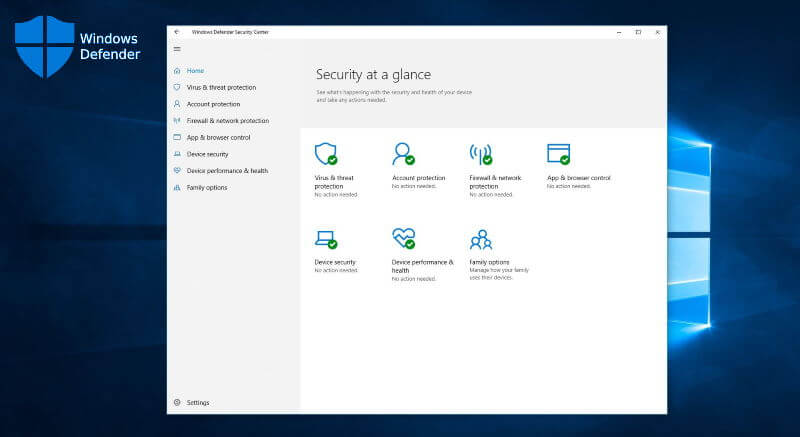 You may know Windows Defender as “Microsoft Security Essentials” if you’re using or have used an operating system earlier than Windows 10.

Previous versions had fewer features and could barely be considered an antivirus. For many years, Microsoft Security Essentials scored at the bottom of most antivirus tests.

However, the new and improved free option that comes with Windows can now:

This new version of Windows Defender offers a lot in terms of in protection, performance, and usability. Its ability to detect and remove threats is comparable to other dedicated antivirus software like Avira and Bitdefender.

What Windows Defender Does Well

What Windows Defender Doesn’t Do Well

Overall, Windows Defender covers the basics, making it an attractive free option for users looking for a bare-bones antivirus that works.

But it only offers basic protection, and Windows doesn’t update it regularly enough to guarantee protection against the latest malware.

So the real question is:

To find out, we ran it against several other leading antiviruses.

Since Windows Defender is a free program already running on your PC, we think it’s only fair to compare it to some of the best free antiviruses for Windows out there.

But keep in mind that any paid antivirus will offer you much more protection than you will get with all of the best free Windows antiviruses combined. 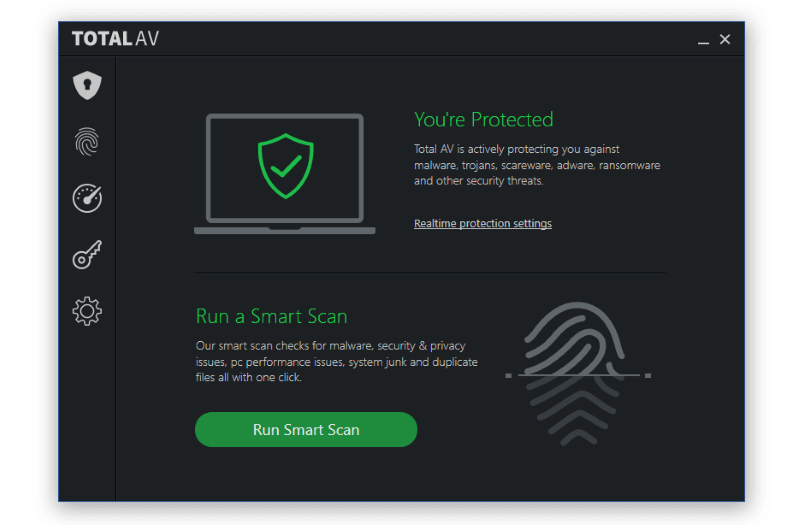 TotalAV is a premium antivirus with a pretty good free plan.

It offers excellent malware and phishing protection not typically offered by other free antivirus programs, and its performance is consistently ranked among the best in all of our safety and security tests.

TotalAV is secure, easy-to-use, and comes with a responsive customer support team that seems to really care about your cybersecurity (though you don’t get 24/7 support on the free version).

While the premium versions of TotalAV are some of the best antivirus products on the market, the free version is pretty comparable to Windows Defender in terms of offering basic PC protection.

What TotalAV Does Well

What TotalAV Doesn’t Do Well

TotalAV is a decent free antivirus. It offers a lot in terms of features and functionality, and it comes with a great browser extension designed to protect against phishing attacks. While it doesn’t offer real-time protection or a firewall like Defender, you can upgrade to the paid version to get both of these features. 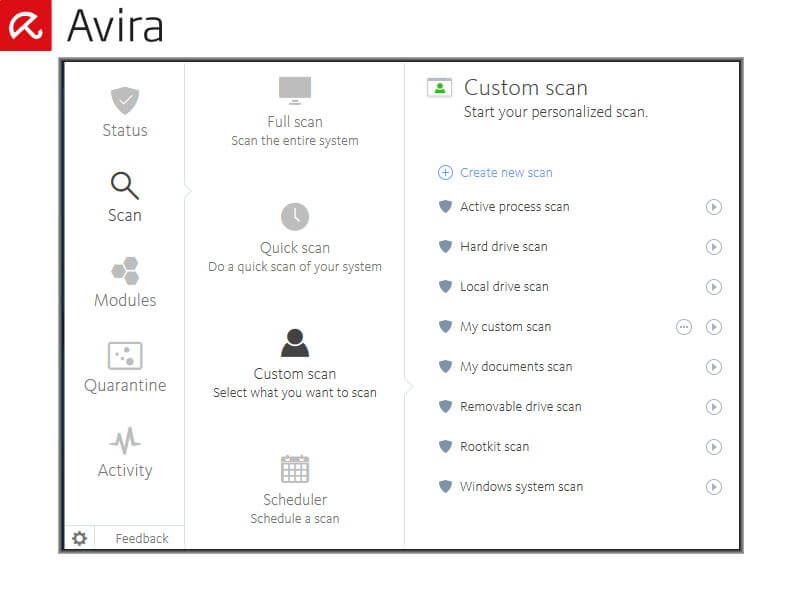 Avira consistently ranks near the top in our antivirus testing, outperforming other industry giants with its high-performance and amazing malware detection rates.

But don’t get distracted with Avira’s shiny extras. While it’s nice to have these things included, if you’re looking to guarantee your online security, it’s best to go with standalone products, like the password manager Dashlane.

Instead, focus on keeping your computer secure, and Avira is one of the best free antiviruses out there to help you do that.

What Avira Does Well

What Avira Doesn’t Do Well

As a dedicated antivirus, Avira offers more features than Windows Defender in addition to some of the best free protection out there. It’s consistently ranked among the top in detection and performance tests, and it is always on top of the newest cyber threats. That said, while it doesn’t come with a firewall and its VPN is limited, you can upgrade to the premium version for very high-quality virus protection. 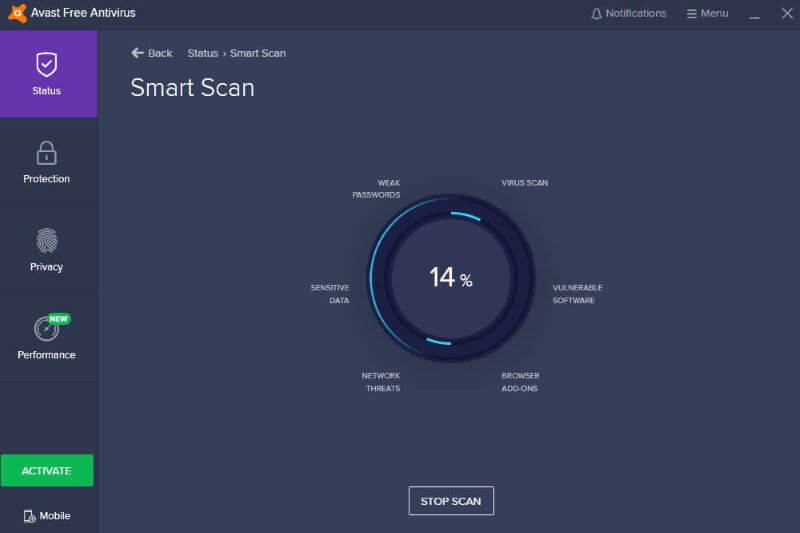 Avast scores well in our malware detection tests, and the results are similar to Windows Defender. But the free version of Avast doesn’t do much beyond the basics.

Avast is pretty annoying to use. It’s user interface, while attractive, is really just designed to get you to buy the premium version. Windows Defender does it better because there’s no premium version to buy.

But if you’re just looking for a free antivirus, and you don’t mind constantly being sold the premium version, Avast is a decent choice.

What Avast Does Well

What Avast Doesn’t Do Well

The free version of Avast comes with more advanced features than Windows Defender. However, because of these features, it has a greater impact on your computer’s performance and many of those features are not even that good. It’s also really annoying to be constantly reminded about Avast’s premium product. But in terms of virus scanning and detection, Avast is decent. 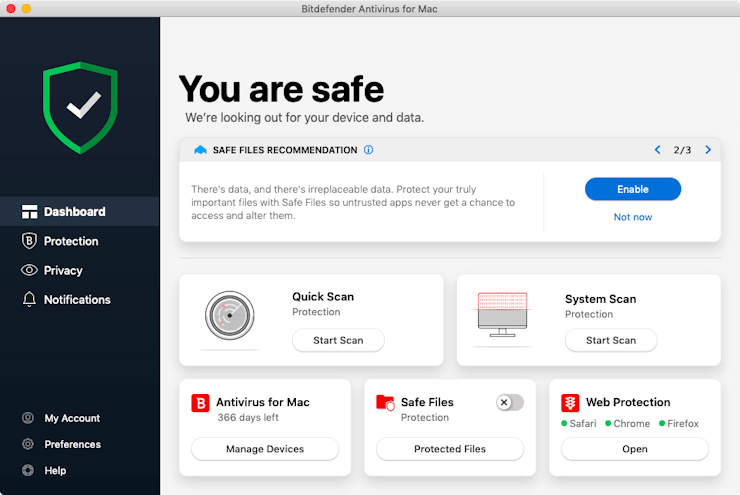 That said, its malware detection engine is amazing. It consistently ranks above industry giants like Kaspersky and McAfee in all of our performance and PC protection tests. In terms of scanning, Bitdefender is a much better product than Windows Defender.

It’s light on resources and comes with included anti-phishing and anti-fraud protection, which are nice extras to have, especially for a free antivirus.

But to get the really cool stuff like advanced ransomware protection, webcam protection, and parental controls, you’ll need to upgrade.

What Bitdefender Does Well

What Bitdefender Doesn’t Do Well

Bitdefender’s free version is comparable to Windows Defender in many ways. Both offer great protection and both don’t slow down your computer. If you’re looking to take advantage of advanced features like a VPN and parental controls, then consider upgrading to one of Bitdefender’s award-winning premium versions. 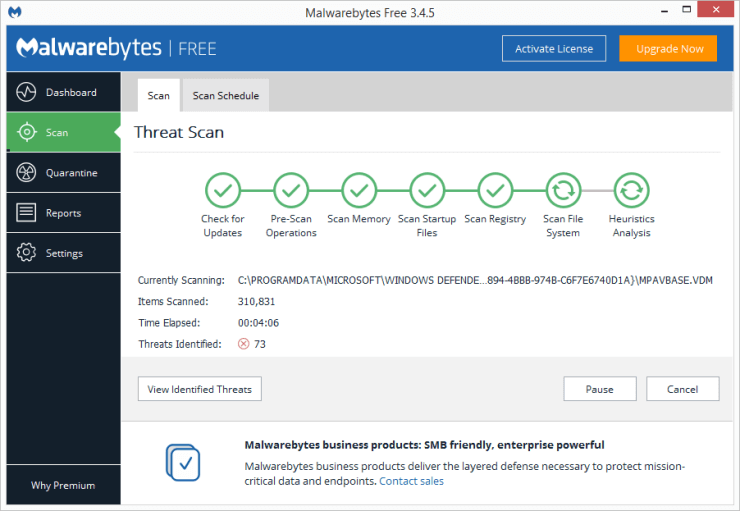 While Malwarebytes isn’t technically an antivirus, the premium version of Malwarebytes is a fantastic anti-malware product and can act as a standalone antivirus, offering advanced protection against exploits, zero-day attacks, and ransomware.

Malwarebytes has amazing detection rates, blazing fast scans, and can stop previously unknown malware from ever entering your system.

The free version, however, is not that good, and it should not replace a standalone antivirus.

That said, using the free version of Malwarebytes in conjunction with another antivirus like Windows Defender is a really smart way to stay protected.

What Malwarebytes Does Well

What Malwarebytes Doesn’t Do Well

While the free version of Malwarebytes offers on-demand scanning which is capable of catching some threats better than other antivirus software, it’s not good enough to act as a standalone antivirus. Plus it cannot remove threats, it can only detect them. For this reason, we recommend combining Malwarebytes with another antivirus like Windows Defender to get the best of both programs.

There are plenty of other excellent free antivirus options out there like Sophos Home and Trend Micro that offer their own features and impressive performance metrics.

And like most people, you probably own multiple devices. Some antivirus companies like Panda offer better protection for several devices simultaneously, making these options great for families looking for total protection across all devices and systems.

Check out this list of the best free antivirus programs for Windows to see our latest recommendations.

Should You Replace Windows Defender with Another Antivirus?

While Windows Defender has made a lot of progress over the past couple of years, Windows hasn’t been consistent about updating its software in line with the latest malware trends.

Using Windows Defender as a standalone antivirus, while much better than not using any antivirus at all, still leaves you vulnerable to ransomware, spyware, and advanced forms of malware that can leave you devastated in the event of an attack.

Here at SafetyDetectives, we recommend one of the following options:

Sophie Anderson
Originally software engineer, for the past 10 years works as security researcher and journalist.
978 157