Find out Which One Is the Best for Your Needs 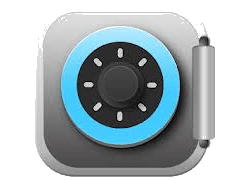 1.8
Read Review
Visit Website
Transparency and Trust – We pride ourselves on being the only site where users can freely contribute and share their reviews on any antivirus with other community members. When you visit an antivirus site we link to, we sometimes get affiliate commissions that support our work. Read more about how we operate.

I can’t think of a good reason to recommend aWallet over many competitors. The program is easy to use (mostly, because it does have times where it’s not), but importing files can be tricky. This program seems meant for people who want a very straightforward and inexpensive app to manage their data, so adding a complicated import process might confuse them. For this, I recommend a great alternative – BitWarden.

On the customer service side of things, it was good to get a quick response from the developer. That being said, the fact that aWallet is only being supported by one person isn’t surprising. There really is just not enough of a program here. Basic features like autofill need to be implemented sooner rather than later, but I’m pretty sure that won’t happen. With the app being a few years old, and no major updates happening during that time, it’s hard to believe that these major improvements are coming any time soon.

As far as the price point goes, the app isn’t expensive, but you don’t get a lot for your money either. The paid features are only the password generator and the ability to import Excel files. Many other competitors like Myki and 1Password have these options, and more, in their free versions. It isn’t a good sign that I recommend the default password storage of many smartphones over this program. In the end, there are better designed and more complete apps you can get. Many of them will give you more features than aWallet without even costing any money.

Long story short, for something basic but really well-built and with some added features too – check out BitWarden.

See Products
You can still go with Vaultage or pick from The Best Antivirus Programs for 2020
Transparency and Trust – We pride ourselves on being the only site where users can freely contribute and share their reviews on any antivirus with other community members. When you visit an antivirus site we link to, we sometimes get affiliate commissions that support our work. Read more about how we operate.

How do I find the best antivirus for me?

The first thing to do is to understand what you need — all antiviruses come with different internet security tools to help you stay protected, so identifying what level of protection you want will help you figure out which product is right for you.

Some antiviruses have a virtual private network (VPN), some have safe browsing extensions, and some have a password manager. Some only work on certain operating systems, while others cover all operating systems across multiple devices.

It’s important to compare the best antiviruses on the market to find the perfect one with the functionality you need.

What makes an antivirus secure?

A high-quality antivirus suite will detect, flag, and remove viruses and various types of malware. It will also offer real-time protection against all threats, regardless of whether you are browsing the internet, downloading software, shopping online, or opening email. For additional security, many antivirus suites offer a VPN, secure storage, and a password manager — these things all add several layers of protection against various cyber threats.

For more information on how antiviruses work, read this.

What do I need to look for when searching for an antivirus?

An antivirus needs to protect against all types of malware — trojans, rootkits, worms, spyware, viruses, ransomware, and anything else that might cause damage to your devices. This is done in a variety of ways, but the most essential feature of an antivirus is real-time protection — this makes sure that an active threat is effectively stopped before anything serious can happen.

Go here for a list of the best antivirus software of 2020.

How do I know if one antivirus is better than another?

When researching antiviruses, it’s a good idea to visit a few well-known antivirus software websites such as Norton, McAfee, and Bitdefender to directly compare each antivirus’s features.

You can also look at the expert opinions of our reviewers at SafetyDetectives.com to find the most up-to-date and unbiased information about the best cybersecurity products on the market today.

Was this tool helpful?