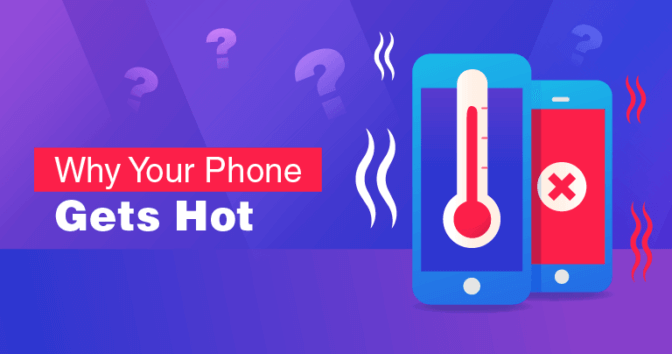 Just a few years ago, cell phones were simple machines that made calls and sent text messages.

And much like full-sized computers, they are prone to all sorts of problems and malfunctions — including overheating.

Are you getting an error message that your phone is too hot? Is it clearly overheating and hot to the touch?

In this guide, we’ll touch on the three main reasons phones overheat and what to do about it. 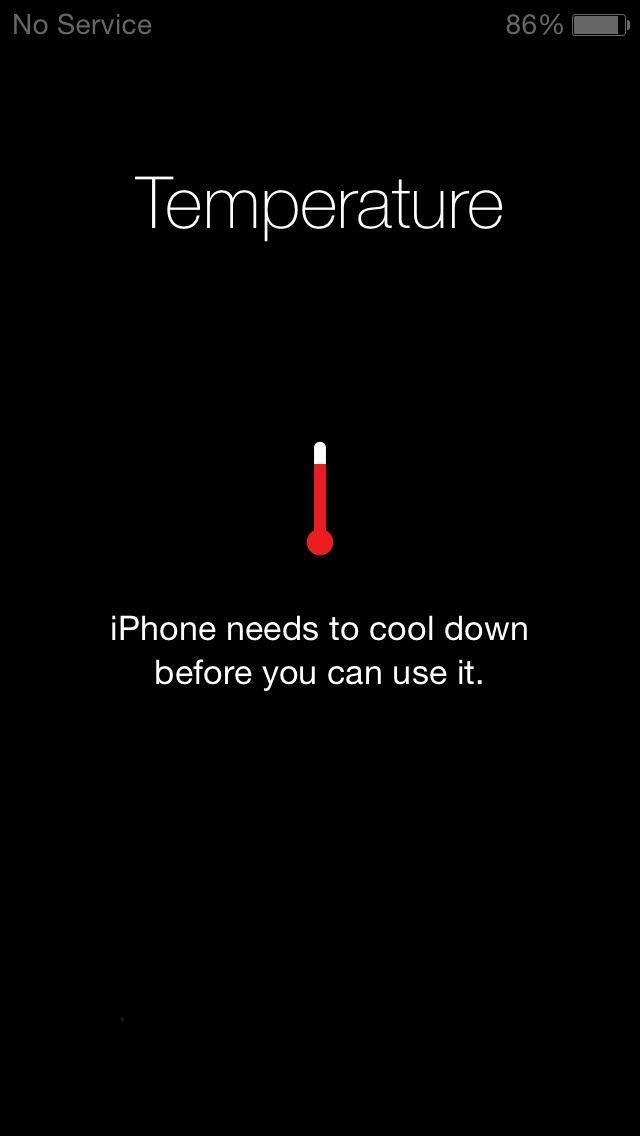 If your cell phone is simply a little bit warm after you’ve made a phone call or used an app, that’s totally normal.

Inside your phone, the processor, camera, screen, battery, and other components can actually create a lot of heat when they’re in use.

Whereas computers and laptops have fans to cool them down, cell phones don’t. Instead, they use a special coating on the circuits inside to better diffuse heat.

So most of the time, when your phone is working properly, it won’t give off too much heat and you’ll be able to hold it normally.

A little bit of warmth, though, is nothing to be alarmed about.

However, when your phone becomes hot to the touch, displays a heat warning, or stops working due to overheating, there’s something wrong that needs to be addressed.

Here are a few reasons that can happen.

If you’ve ever left your phone on a towel at the beach, or sitting on a table in the bright sun, you know just how quickly those UV rays can overheat it.

One possible reason your phone feels hot is that it’s been exposed to direct sunlight or some other heat source for too long.

You may have left it in the car on a hot summer day, for example.

This kind of overheating can be a serious problem.

Direct heat like this can seriously damage your phone’s internal components, impact battery life and charge time, slow down performance, and even break your phone’s screen, according to The Guardian newspaper.

Be careful where you leave your phone for long periods of time, particularly in hot weather.

When your phone gets too hot from the sun, find a cool, dark place to leave it while its temperature comes down.

Reason #2: Intense Use of Screen or Processing Power

Mobile phones are great at diffusing heat from regular use so you don’t burn your hands while using them, but they have a limit to what they can handle.

After all, they don’t have a high-speed fan inside of them like more powerful processors need.

If your phone hasn’t been in a hot environment or direct sun, but it’s badly overheating, there’s a good chance your phone has been asked to use too much processing power or emit too much light from its screen.

Here are a couple of the main culprits that could be causing your phone to get too hot:

In these cases, there’s probably nothing seriously wrong — your phone just needs a bit of a break to cool down. It’ll be ready to use again before you know it.

If your phone seems to be getting too hot for no apparent reason, there might be something more serious wrong with it.

If your phone overheats while sitting idly in your pocket on a cool day, for example, it could mean that the processor is being pushed to its limit by malware.

Desktop computer and laptops can become infected with viruses that purposefully max out their processors until they’re forced to shut down.

The same thing can happen on your phone.

Similarly, a form of mobile malware could be continuously running apps, widgets, or harmful processes in the background that strain your phone’s processor and cause it to give off too much heat.

You can avoid getting malware on your phone by only downloading attachments, apps, and other data from trusted sources and official app stores.

What To Do if Your Phone Overheats

If you’re not sure what’s causing your cell phone to get too hot, there are a few things you can try to get it working properly again.

First, give it a break.

Stop using your phone immediately (if it’s truly overheating, you may have no choice as most phones will lock up when they reach a certain temperature).

Find a cool, dark place to leave your phone for a while. Chances are, it just needs a break from use and/or direct sunlight and it will start working again in a few minutes.

Take the case off, if you have one.

Phone cases are fantastic for protecting our phones from physical damage, but most of them are terribly ventilated.

Cases can trap heat against the phone’s shell and prevent it from cooling down.

If your phone is having trouble cooling down, take the case off and give it a chance to breathe.

If your phone still won’t cool down, turn on airplane mode to shut down any Wifi or Bluetooth connections that could be straining its processor.

On most phones, this function is easy to find under the general settings menu.

There could be too many apps and processes running in the background, causing your phone’s processor to burn out.

You’ll often be surprised how many apps and browser windows you have open, as most phones don’t automatically close them when you return to the home screen.

Close down everything non-essential, even the camera app, and give your phone a much-needed break.

If none of the above helps your phone cool down, there could be a malware issue burning out your processor.

Most of our top-rated antivirus programs offer support and scans for mobile devices.

Scan yours and find out if there’s any malicious software eating away at your processing power.

Take it to a professional.

If you’ve determined that your phone isn’t overheating from malware, overuse, or a hot environment, there may be something mechanically wrong with it.

Sometimes mobile lithium batteries will start to overheat frequently as they near the end of their lifespan, for example. Or your phone charger could be malfunctioning.

You’ll want to take your phone to a professional service technician to diagnose and fix.

Prevent Overheating in the First Place

Even if your phone has never overheated, most of the tips above are general best-practice.

Always monitor your processor usage and close unneeded apps, avoid leaving your phone in the sun, and be extra-diligent about keeping your phone malware-free.

Severe overheating can irreversibly damage your phone — not to mention be a huge nuisance.

In most cases, your phone just needs a break every now and then. Besides, the occasional break from staring at a screen is bound to be good for you, too.

Evan Porter
Evan is a writer with over a decade of digital publishing experience. He also builds blogs, loves gadgets, and fixes tech problems around the house.
978 209