Home Blog What Is a Zero-Day Exploit? And How to Defend Yourself in 2020

What Is a Zero-Day Exploit? And How to Defend Yourself in 2020 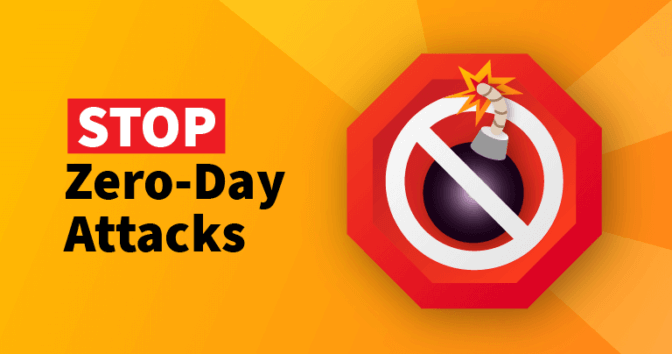 You kept your antivirus software up-to-date. You had a firewall in place. Your employees went through all necessary cybersecurity awareness training.

And yet, your company still experienced a security incident. Now, you’re left wondering—what is a zero-day exploit (and how did it get past my cyber defenses)?

Don’t just chalk an attack up to bad luck. With the right tools, you can defend against zero-day exploits and keep your business protected.

When it comes to software design and coding, human mistakes are not rare. In fact, software may do things the developer didn’t intend and couldn’t even predict.

A zero-day exploit is an attack that targets a new, unknown weakness in software. Because the vulnerability is unknown, your software and security solutions won’t be patched in time to stop an attacker from capturing the low-hanging fruit.

Studies have shown that zero-day exploits account for 30% of all malware. Sophisticated attackers know that companies and software providers are more vigilant than ever in identifying and patching vulnerabilities. But with a zero-day exploit, none of that vigilance matters.

Even if a vulnerability is spotted and reported quickly, cyber attackers can launch threats faster than patches are released. And it only takes one successful zero-day exploit to compromise your entire network.

The problem is that the market for zero-day exploits is self-sustaining. Attackers that discover coding vulnerabilities can develop zero-day exploits and sell them for as much as $250,000—either to other attackers, state-sponsored actors, or software vendors.

While staying on top of software patching is an essential factor in defending against zero-day exploits, it’s not enough. To protect your network against zero-day threats, you need antivirus that goes beyond traditional capabilities.

Zero-day antivirus software is capable of identifying known and unknown malicious files. The goal is to block them before they can cause damage to your computer or steal your data.

Traditional antivirus software falls short against zero-day exploits because they’re signature-based. When new viruses are discovered, your antivirus vendor codes a signature to protect against it. Then, when that signature is scanned later, the virus is blocked from getting into your network.

As the effectiveness of signature-based techniques diminishes, antivirus solutions have turned to “heuristic” techniques to identify malware. Heuristics-based detection does not require an exact signature match. Instead, it detects potential malware by examining files for suspicious characteristics.

However, heuristics-based detection has a drawback, namely that it can inadvertently flag legitimate files as malicious, causing trouble in the systems it was designed to protect.

Fortunately, quite a few antivirus products have advanced capabilities that enable them to fight off zero-day attacks effectively. Detecting malware via behavior analysis is gaining traction, and the best antivirus solutions are deploying this technique.

Behavioral detection looks for malicious malware by logging suspicious patterns of behavior to identify the malware. Observing behaviors rather than the signatures allows antivirus software to seek out undetected malware and effectively fight off zero-day attacks.

Even though every antivirus vendor knows the dangers of zero-day exploits, not all software is created equal when it comes to defending against them. Your best line of defense against zero-day exploits is to stick to antivirus software that is renowned for its reliability and is updated on a regular basis. Bitdefender, Malwarebytes, Norton & Total AV are examples of some of the preferred brands.

Joe Michalowski
With a focus on cybersecurity, digital transformation, and IT infrastructure