Home Blog Avast Password Manager vs LastPass
Transparency and Trust – We pride ourselves on being the only site where users can freely contribute and share their reviews on any antivirus with other community members. When you visit an antivirus site we link to, we sometimes get affiliate commissions that support our work. Read more about how we operate. 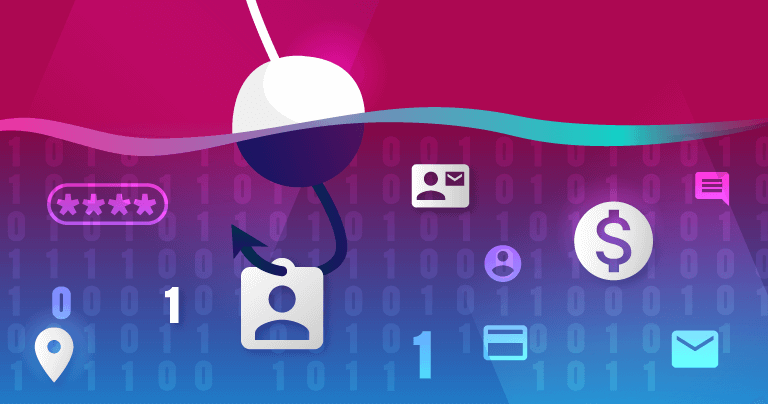 BY: Felicity Kay
Tags: comparison
Follow the SafetyDetective blog daily as our tech experts keep you up-to-date on antivirus software
0
0

Avast vs LastPass: An Overview

If you’re reading this guide, you’ve more than likely heard of LastPass considering it’s one of the most popular password managers out there. However, you may not have heard of Avast considering the application is much more niche than LastPass. That said, a lesser known application does not mean lesser service. How is one supposed to know if Avast or LastPass is better?

To give you an idea, I’ve deeply examined both Avast and LastPass and listed out their pros and cons here. My opinions come after reviewing over 70 different password managers, so I have a good idea of what’s great in this industry and what simply isn’t. Take a look below to find my thoughts.

Here’s a breakdown of some of the best features offered by both Avast and LastPass:

Password Guardian is a merge between a web scanner and a password duplicate detector. Not only does it let you know which passwords are shared across multiple accounts, but it also informs you of any information that has leaked to the Dark Web or somewhere else online so you can change it promptly. 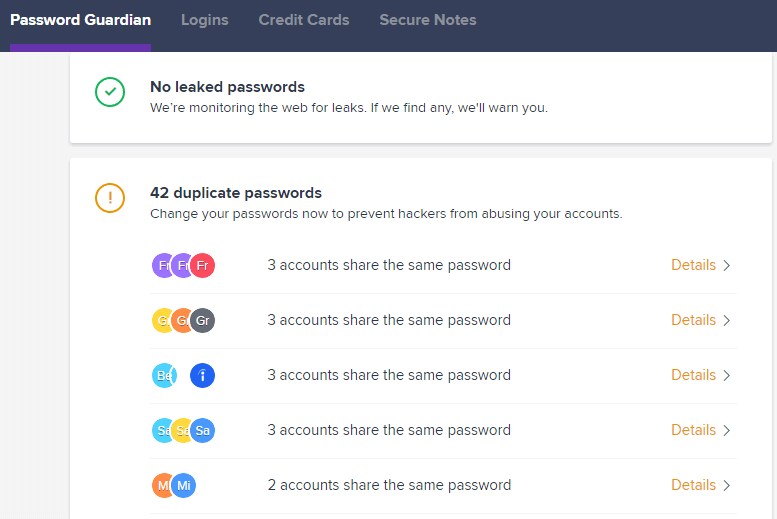 The LastPass Security Challenge takes all of your information within the application and gives each one a score based on its strength. The good ones are left alone, while the software asks you to change your weaker passwords via its built-in password generator. Thanks to this, you never have to worry about compromised passwords again. 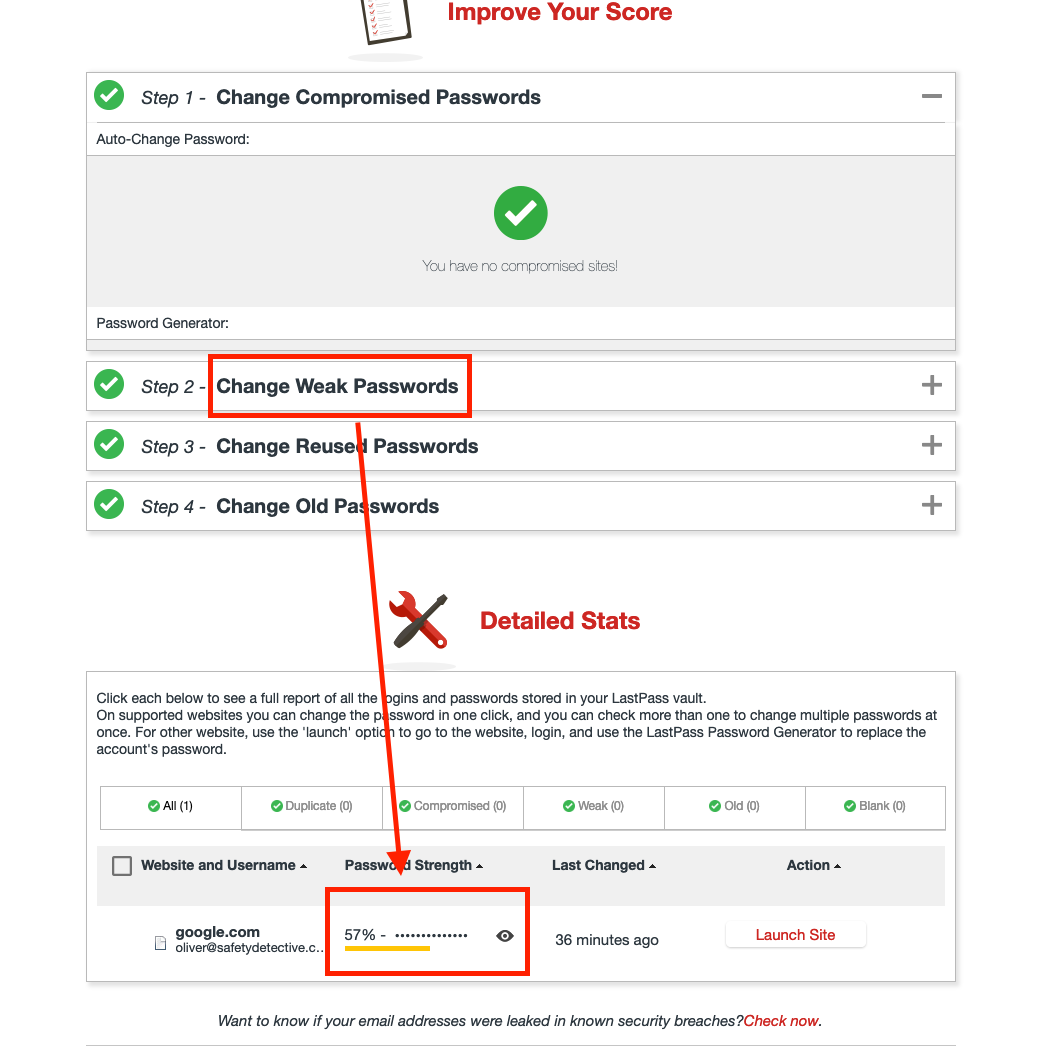 This is a neat little feature for Windows users that integrates LastPass directly into some different applications for easy usage. It’s a nice touch for users that have a bunch of apps installed and are constantly jumping between the two. Instead of going into LastPass to copy information over, the app of choice simply plugs into the password manager and works directly from there.

Unfortunately for Avast, there just aren’t really many standout features to put it above LastPass. Interestingly, neither of the two have any crazy unique features in the first place, but the latter simply has more useful ones than Avast does, making it the winner in this category.

Avast vs LastPass: Plans and Pricing

Off the bat, LastPass has a ton of points of Avast due to its variety of plans and pricing options, which we’ll get into right now.

Starting out is LastPass’ free plan, which includes 30 days of Premium on top of that. This free plan brings with unlimited password storage, two-factor authentication, password sharing, autofill, auto capture, and the aforementioned security challenge. There’s the option to upgrade as well, which we’ll get into a little later.

Avast also offers a free plan, which brings with multi-device sync, backups with an Avast account, support for browser password imports, and free antivirus for users on Windows. Essentially, you can use this manager and nearly all of its basics for free, no questions asked. That said, there aren’t that many features to take advantage of, which is a bit of a shame.

As for other plans, Avast only has one more: Premium. This upgrade brings with its Password Guardian feature, one-touch login, and a 30 day refund period. That’s about it, but it’s a pretty cheap plan despite locking you into a three-year subscription. However, two years of LastPass Premium is nearly the same price as three years of Avast, but you’re getting way more features with the former option.

Then you have the many business and family plans offered by LastPass, in which Avast has no counter. To start, the family plan is essentially Premium but for up to six users, and includes an administrative dashboard on top of the features. Then, there are four different tiers of business plan.

The first tier is Teams, which is ideal for companies of 5-50 people. Similar to the family plan, Teams essentially gives Premium to everyone signed up for it. Then you have Enterprise, which includes the same on top of more advanced activity logs and administrative features for only a small price hike. 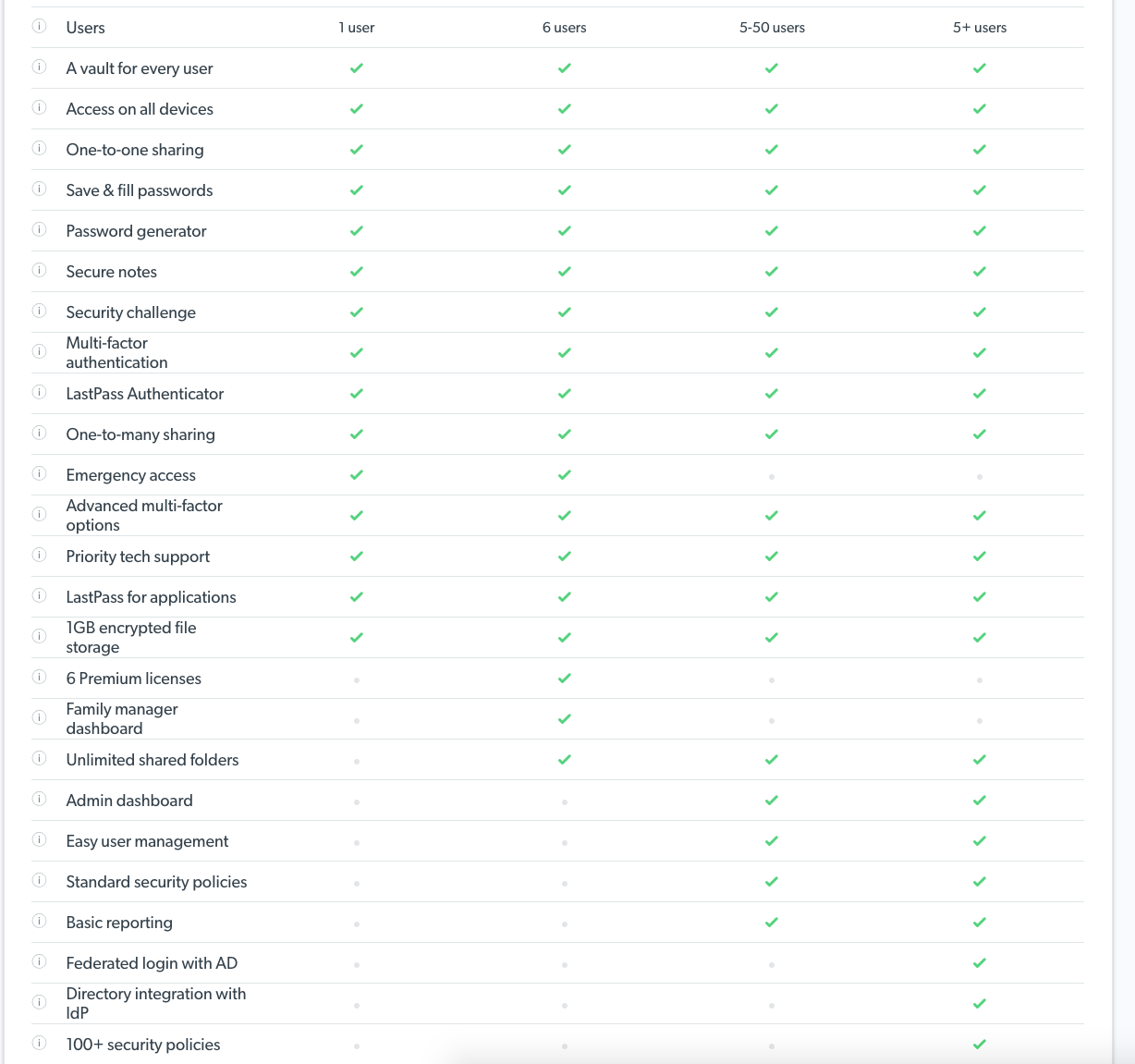 Finally, there are the MFA and Identity plans. These each offer a hand-picked selection of features pulled from the other two. Essentially, they’re more specialized for users who don’t want all of the different options available and would rather focus their choices down a bit. However, take note that the latter business plans require you to contact LastPass and talk about the offerings rather than just allowing you to sign up and go right into it.

LastPass is the obvious victor here. Not only do its Free and Premium plans offer more than Avast, but there are business and family options as well that blow Avast’s offerings out of the water and then some.

Avast vs LastPass: Ease of Use and Setup

On the other hand, LastPass is a very easy download with little to no struggle. All you need to do is install the password manager, establish a master password, import any previous passwords from another manager or browser, and get to organizing your entries.

Interestingly, Avast doesn’t require that you have the same master password on every installed device. Instead, you can have a unique one on each system, increasing your security if you’re able to keep track of the different ones. However, you must also create an Avast account if you’d like to sync your manager to more than one device – another odd thing to force onto a user.

Regardless, once either software is installed and ready, you shouldn’t have much trouble navigating through the different organizational systems. To start, the software organizes entries into website login and passwords, financials, and secure notes. Then, you can head into the application’s browser extension, which doesn’t have too many options but does allow you to autofill, generate passwords, and capture phrases.

LastPass offers nearly the same features, though its browser extension is a little more capable with the ability to look into your vault and search through different passwords, but it isn’t anything notably better. 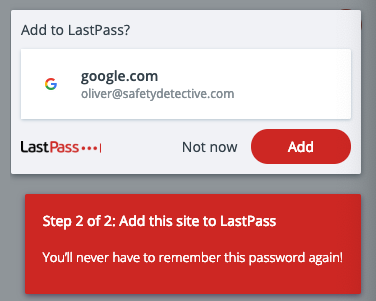 Finally, both pieces of software offer fleshed out mobile applications that are basically the same as the desktop ones. You can easily capture passwords, fill out fields, and more through these spaces.

The two password managers have a very similar setup process. While Avast does allow each device to have its own master password, this is overshadowed by its awkward installation process that requires either a different client or something else entirely.

Both Avast and LastPass practice industry standard AES-256 encryption methods. This means your information is about as safe as it can be within a password manager. That and they both have something called zero-knowledge storage, which means entries, passwords, and more are never seen by the company in control of a password manager. Instead, it’s stored entirely on your device, which is great for protecting your data but not great in case you forget your master password. Support teams cannot help you in that regard.

Of course, heading into Avast’s cloud backups means there’s a little risk since you’re transferring data. But, it’s a risk worth taking for multi-device syncing. That, and the risk is very small thanks to military-grade encryption methods in the first place. You can also use the cloud to back up your information in case you need a recovery.

However, one should note that the Windows edition of Avast can only automatically lock your vault up to two times a day. After this, you must manually do so, which is such a weird oversight that could put you at great risk if you’re in a public setting.

As for LastPass, you have recovery options and the aforementioned Security Challenge to ensure your passwords remain secure. That and Premium users can take advantage of the unique LastPass authenticator to ensure a more secure version of two-factor authentication than just a mobile phone.

The application also provides a few recovery options in case you forget your master password. Instead of dealing with cloud backups, you can establish a few emergency contacts that can help you recover your account in case of forgetfulness. Once contacted, these users will have access to your vault for a temporary period to change your master password and get you back into the software.

Avast offers a multitude of different security options on top of the industry standard ones we’ve come to expect from a password manager. It is lacking a bit in the realm of recovery, but cloud back-ups and military-grade protection make Avast a manager worth trusting with your information.

When it comes to customer support, neither LastPass nor Avast goes above and beyond. For starters, the former makes it incredibly difficult to access the support section. Instead of just sending you there, it makes you browse through forums to see if your inquiry has been answered beforehand, and it then sends you over to a ticket system which is just so outdated.

There’s no form of live support, chat support, phone support, or anything else even as a Premium user. Sure, you get priority for your ticket inquiry, but that’s about it. Also, if you don’t speak English, it’s going to take even longer for you to get help since LastPass really prefers that you use English to communicate with them.

Avast is a little bit better simply because it has more options, though not very many more. To start, this software also only provides email inquiries. They’re usually answered fairly quickly, but the fact that there isn’t a direct live chat is a little worrisome.

That said, while this isn’t a direct alternative, there is also Avast’s forums to browse. Here, you can take a look at everyone else’s problems and see if there’s anything similar to yours. Plus, the team is often browsing the forums and will probably be able to help you directly here, assuming they come across your inquiry. While this is similar to LastPass’ offering, it doesn’t require you to head to the forums before trying to chat with the team. This app instead gives you options – a nice touch. Finally, you have FAQ’s to take a look at as well. 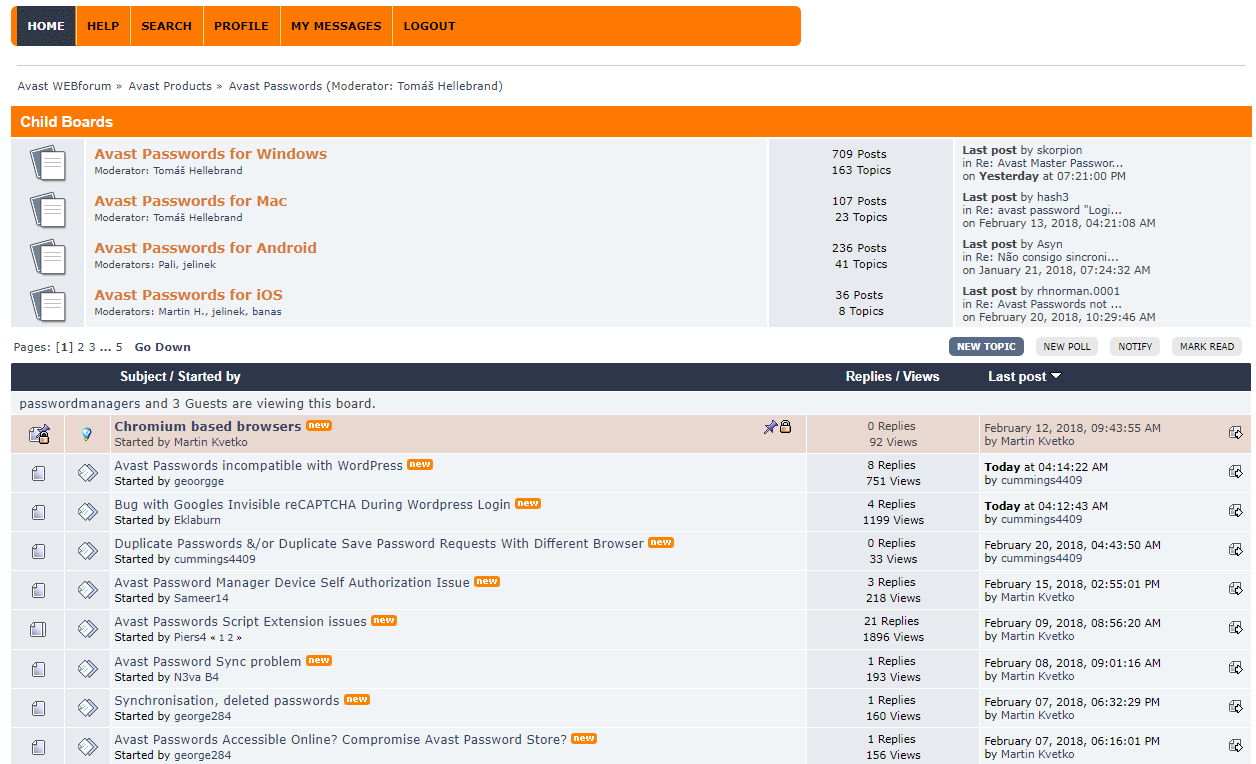 Neither option is particularly great in terms of support, but Avast pulls out ahead since it doesn’t force you away from direct contact and has a few more options than LastPass does.

The Bottom Line on Avast vs LastPass

What’s strange about both of these password managers is that neither of them are particularly standout. They both do a decent job at managing different entries, providing decent security, and offering the basics like auto-fill, auto-capture, and more.

That said, LastPass delivers on more fronts than Avast does, and is generally seen as a reliable option for security enthusiasts even if it doesn’t think outside the box in many ways.

Felicity Kay
Felicity Kay is SafetyDetectives' resident Cybersecurity expert. A 2x graduate of the University of London, and a trained high-school English teacher, Felicity has years of journalistic and blogging experience.
978 157